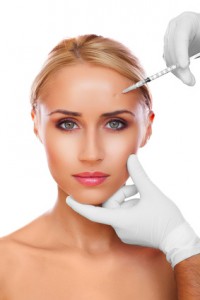 MANHATTAN, NEW YORK – Just when you thought she had hit rock bottom and given up her plastic surgery obsession, real life Barbie Jenny Lee admits to having nearly doubling the number of plastic surgery procedures she has had.

Back in 2004, Jenny Lee admitted to Oprah that her struggle with poor self-esteem caused her to dislike the face staring back at her in the mirror – even after 25 procedures. She was upset that she had changed her appearance so drastically. Not only because she was still unhappy with her appearance, but that as a result, her child didn’t even know what her mom looked like naturally.

It seemed like Jenny was ready to stop changing her appearance but, nearly seven years later, on an episode of Oprah’s “Where Are They Now,” Jenny admitted that she had fallen off the wagon and opted for and additional 33 procedures, which brought the total number up to a staggering 59 procedures.

Surgeons go to great lengths prior to performing a procedure on a patient to determine if they are choosing plastic surgery for the right reasons.

“Failing to identify an internal struggle in the patient could lead to a lifetime of addiction to plastic surgery as they continue to search for that one procedure that will make them happy,” says Dr. Elliot Heller, a plastic surgeon in New York City. “We call this body dysmorphic disorder.”

Such is the case with Jenny Lee who admits that she would be very happy if she could be OK with her appearance, “just OK,” she insists.

“Sometimes the patient is aware that their self-esteem or body image issues are more than skin-deep, while others are in such a state of denial that their symptoms don’t exist,” says Dr. Heller. “This is why the consultation is the single most important aspect of a successful plastic surgery.”

Consultations help the physician and their patient get a clearer understanding of what each other’s expectations are and whether plastic surgery is the answer.

“As a physician, my goal is to improve the well-being of my patients, not set them up for a lifetime of struggle and regret,” says Dr. Heller, who is a Manhattan rhinoplasty specialist. “Performing a plastic surgery procedure on a patient who has mental turmoil would be the same as giving a recovering alcoholic their first beer, knowing that they just graduated from A.A. – it’s that serious.”

If you are interested in plastic surgery including breast implants or liposuction, but are unsure of whether you want it for the right reasons, call today to schedule free consultation. We are available 24 hours a day to discuss any concerns or interests you may have.