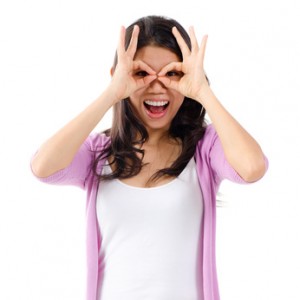 STATEN ISLAND, NEW YORK – On a recent episode of The Talk, well-known and liked host Julie Chen shared with viewers that in 1995 she opted to widen her Asian eyes with plastic surgery – not everyone was as sympathetic as her co-hosts on the show.

As of late, she has been accused of “denying her heritage” and giving in to “Western ideals of beauty.”

There’s no denying that Asian blepharoplasty – and plastic surgery in general – have been front and center in the debate of bad plastic surgery decisions but, Julie didn’t make her choice in the wake of a fad, she had an even bigger decision to make and thought long and hard about how her looks might effect her reaching her goals in life.

Julie was told by a Davenport producer that her small, hooded Asian eyes not only made her unrelatable to viewers but, often made her seem disinterested in the subjects she would interview.

Julie reflected on what the producer said and began to look for another job – as she knew there was no opportunity for her working under that producer. She also started to come home every night and study her interviews only to find that she couldn’t get past her eyes and how they were not reflecting her emotions and interests – “was he [her producer right] right,” she would wonder.

“If Julie had sought plastic surgery at this point, I would have wanted to have a very in-depth and thorough consultation with her to ensure her decision was her own and not based on a thought put in her head by someone else,” says Dr. Andrew Miller, a top Staten Island rhinoplasty and facelift specialist. “Choosing to change yourself for someone else is a decision that most regret – something I never want a patient to experience when it comes to plastic surgery.”

Julie’s first thought of plastic surgery didn’t come until a later meeting with a big-time agent who told her he couldn’t represent her unless she enlarged her eyes with plastic surgery. “You’re good at what you do and with the surgery, you’ll rise straight to the top,” the agent said, while simultaneously handing her a list of plastic surgeons who offered Asian blepharoplasty.

Now, the words of this agent are nothing new. We’ve all heard Simon Cowell tell contestants on American Idol that they’ve got the talent but not the look. For some, achieving the look is simply a matter of losing weight or straightening their teeth. For Julie it was a more serious decision and after discussing her it with her entire family, she elected to have surgery.

“I will say after I had the surgery, the ball did roll for me,” says Julie. She also admits that there was at one time a struggle with wondering if opting for surgery was “giving in to the man.”

“Choosing to address a feature that you feel isn’t representing you or your emotions properly is nothing to be ashamed of,” says Dr. Miller. “Julie looks natural and, in my opinion, represents her heritage well.”

Today, Julie has come to terms with her decision and is open about the surgery and unfazed by the harsh word of others.

“I don’t like to live with regrets,” she says. “I did it. I moved on. No one’s more proud of being Chinese than I am.”

We admire Julie’s strength and bravery in sharing her personal decision to have plastic surgery and think she looks great.

If like Julie, you have a feature you think is holding you back or can’t look past when viewing yourself in the mirror or photos, call today for a complimentary consultation with a top plastic surgeon in Staten Island at Allure Plastic Surgery. We have extensive experience in helping patients get to the root of why they want the change and whether plastic surgery is the best option.