MANHATTAN, NEW YORK – A recent photo attached to a Reddit discussion titled, “So, there’s a new plastic surgery in Asia that curls your lips” has really ignited a wildfire of controversy over a procedure known as the Smile Lipt, which surgically raises the corners of the mouth.

“It fixes in stone not just a visual impression but a behavior,” according to this article Slate article. “You are committing yourself to expressing an emotion you may not always feel …”

But is this procedure as bad as everyone is making it sound? 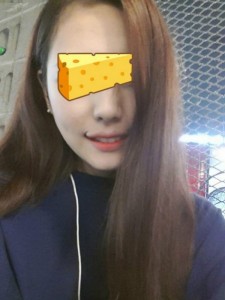 “This bizarre photo and the fact that South Korea is a major source or plastic surgery – some controversial – is shedding negative light on a procedure which has been around for a while,” says Dr. Andrew Miller.

“One in five women has had a surgical procedure,” such as the controversial, trend-based V-line, which narrows the upper and lower jaw to similar proportions as those seen on anime characters in Asian cartoons, according to statistics from the International Society of Aesthetic Plastic Surgery.

But the goal behind the Smile Lipt is different.

People with naturally downturned lips – due to genetics or aging – can experience a lot of stress as they are constantly accused of frowning, according to AONE’s Dr. Kwon Taek-keun. To relieve their stress and achieve natural results with the Smile Lipt, he observes his patient’s current lip line in a number of poses. This ensures that “we’re restoring the original lip line,” he says.

Dr. Taek-keun’s motives seem sincere and in line with what the heart of plastic surgery should be; restoring or improving features that are reducing a patient’s quality of life.

“I have been raising the corners of my patients’ lips for years,” says Dr. Miller who also performs rhinoplasty in New York City. “Although I prefer the results achieved with fillers, I agree that it’s a problem that can cause insecurities and therefore improve self-esteem when resolved.”

Any plastic surgery procedure can be abused, but Dr. Taek-keun’s work doesn’t seem to reflect that issue.

“His before photos show lips that could benefit from slight elevation of the corners and his after photos show natural looking results,” says Dr. Miller.

With that said, while some plastic surgery procedures are performed for the wrong reasons and used to alter a person’s image unnaturally that doesn’t seem to be the case with the Smile Lipt.

If you are interested in surgical enhancement or would like a second opinion regarding which procedure or procedures will give you the best results, call today to schedule a free initial consultation with a top Manhattan plastic surgeon.