Man has $100K of Plastic Surgery to look like Justin Bieber 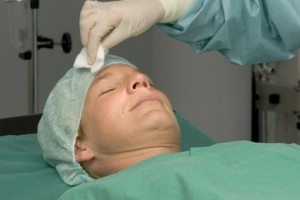 Toby Sheldon claims that when the “Bieb’s” stardom took off and his face was plastered on every billboard, young girl’s T-shirt and every perfume bottle in sight, “all I kept thinking when I saw his picture was, ‘I want to look like him.'”

In a sense, Sheldon’s desire to look like a star who is – according to droves of adolescent girls – one of the hottest guys walking the earth, is relatively normal.

“It’s not uncommon for a patient seeking plastic surgery to bring me a picture of a star like Brad Pitt or Julia Roberts whose looks they admire,” says Dr. Elliot Heller, a top plastic surgeon in New York. “It’s typically a single feature they want; their nose, lips or chin – not their entire facial anatomy.”

But Sheldon’s case of “Bieber fever” is far more serious than daydreaming about looking like a movie star. He has spent his entire life savings on plastic surgery to become Bieber’s doppelganger – and he isn’t done yet.

“I know there is more work to be done in order to make a full transformation into Justin Bieber’s doppelganger like a nose job and jaw reduction, which my surgeon has suggested,” says Sheldon.

So far, Sheldon has subjected his image to hair implants, Botox, Aquamid® (not yet approved by the FDA) injections to his face and lips, blepharoplasty (eyelid surgery) and most recently, a smile surgery similar to the controversial “Smile Lipt.”

Although Sheldon claims his obsession is not as much with Bieber as it is with attaining a more youthful appearance – of which he feels Bieber represents best, it seems obvious to most that he is suffering from body dysmorphic disorder.

“Body dysmorphic disorder isn’t always apparent when the patient first enters a plastic surgery consultation, but after one or two procedures, the signs can really become apparent,” says Dr. Heller, who performs breast lifts and breast augmentation in New Jersey. “I won’t perform surgeries on these patients because most are trying to achieve with physical changes, something that must be addressed on the inside. It’s a vicious cycle.”

Indeed body dysmorphic disorder sufferers tend to alter their physical appearances to point where they are unrecognizable and just as unhappy as or unhappier than before.

If you are interested in plastic surgery but are unsure if you are opening yourself up to becoming a victim of body dysmorphic disorder, consider why you are seeking the procedure and what you think it’s going to do for you.

If you want rhinoplasty because you have a large hump on your nose, you were teased about it growing up and are tired of it being the only thing you see when you look in the mirror or at photos, plastic surgery is right for you.

If you have never thought you were beautiful or handsome and want a celebrity’s nose and lips because everyone thinks they are good looking and therefore you will be just as good looking with their features, you are setting yourself up for failure.

“Plastic surgery won’t cure depression, make you the object of every man or woman’s desire or in Sheldon’s case, look like a teenager when you are in your mid-thirties,” says Dr. Heller. “But it can boost your confidence and self-esteem, which can have an exponential positive impact on your life – when sought for the right reasons.”

Call today for a free initial consultation or to learn more about beast augmentation, a tummy tuck or rhinoplasty in New York.