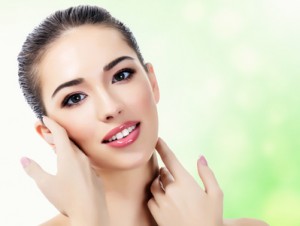 MANHATTAN AND NEW YORK CITY, NEW YORK – In a recent interview with The Huffington Post, plastic surgery consultant Justin Jedlica said he thinks women who undergo cosmetic procedures are accepted by society more than men are. Jedlica, who has experienced 128 plastic surgeries, is a living testament to the way esthetic procedures can alter the look of different parts of your body and society’s view of your appearance.

Jedlica first entertained the idea of plastic surgery at 13 or 14 years of age and at 17 years old he began the search for a cosmetic surgeon. After three consultations, Jedlica chose the doctor who would perform his nose job a few days after he turned 18 years of age. Instead of spending money on clothing, cars and other luxuries like friends his age had, Jedlica had saved his money toward the surgery.

Saving up for his procedure was not the only obstacle Jedlica faced, he told The Huffington Post. After his nose job, Jedlica saw more tweaks he wanted to make, desiring a more “over-stylized,” “feminine” and “cartoonish” look that he felt he had a difficult time getting doctors on the same page with because he was a young male and their acceptance of his surgical decisions was not as great as if he were a female.

“Even though Justin refutes the claims, psychologists and others have said he has body dysmorphic disorder,” said Dr. Andrew Miller, a New York City plastic surgeon. “It has certainly become an obsession, something he has centered his whole life around.”

Since his first nose job, Jedlica has spent more than $100,000 and experienced 127 procedures, including fillers in his lips (like the Juvederm Dr. Miller offers in New York), and arm, chest and cheek implants (which many Manhattan patients have completed the same time as a cheeklift) in an effort to look like a Ken doll. While Dr. Miller’s patients may not desire as extreme a transformation as Jedlica, they appreciate the time he takes to make sure their goals are realistic and the surgery they want is for the right reasons.

Dr. Miller has many years of experience with performing a variety of facial procedures, like laser wrinkle removal, rhinoplasty, photofacial and more that are sure to give patients the look they want. He understands that despite society’s acceptance or nonacceptance of cosmetic procedures, both men and women desire to change the way they look, and has the knowledge and expertise necessary to determine which procedure is best for you.

Schedule a consultation today to learn more about your options and whether plastic surgery is right for you.