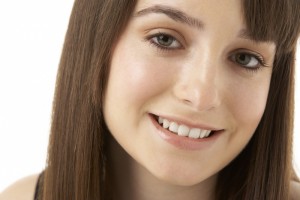 MANHATTAN, NEW YORK – For many, the thought of allowing your child to undergo an elective cosmetic procedure such as rhinoplasty may seem crazy, but for others it’s not a far-fetched idea. From increasing self-esteem, to eliminating bullying and helping a child fit in, alterations to appearance can be crucial in the teen years. But is surgery the answer? Germany says no.

According to recent news reports, Chancellor Angela Merkel and the government have agreed to start a ban, effective in 2014. The reasons given include the child being too young to completely understand the decision, and subjecting a body that is still growing to a procedure without knowing the long-term effects on their physical and mental well-being.

Germany also performed a study that was released in October that found one in seven children between the ages of 9 and 14 had thought about plastic surgery to improve their looks. The surveyor, Bausparkasse LBS, asked 10,000 children what primary procedures they had thought about and the most common were nose jobs and liposuction. NY plastic surgeon Dr. Andrew Miller advises patients of all ages on when is the best time to have a cosmetic procedure performed.

“Plastic surgery in minors is a tricky subject,” says Dr. Miller, who is a plastic surgeon in Manhattan. “Teens bodies are still growing and maturing, so we won’t always know what the final result of nature will be once they’ve reached adulthood. We often think that we’ve reached adulthood when we turn 18, but for our bodies that might not be the case. Many girls continue to add weight between the ages of 18 and 21 that can reshape their figures, making a breast augmentation that seemed essential at 18 no longer needed.”

While clinical trials and studies are not available for explaining the long-term effects of plastic surgery on minors, in 2004, The American Society of Plastic Surgeons did release an official statement explaining their position against breast augmentation in patients under the age of 18.

In 2012, the ASPS reported that nearly 300,000 patient under the age of 18 underwent some form of cosmetic procedure. The most common procedures are nose reshaping, ear surgery, acne and acne scar treatment, and breast reduction.

“Any good plastic surgeon will work with each patient on an individual basis,” says Dr. Miller. “While some patients may be mature enough to understand everything that involves a cosmetic procedure, others simply may not. A good surgeon will ensure that before performing surgery on any patient, no matter their age, he or she is able to understand the procedure and any stresses that may accompany it. While cosmetic surgery is commonplace today, it is still surgery that typically requires anesthesia and recovery time.”

The surgeon will also understand how the human body grows, and know the correct time to perform a procedure. For example, if a 13-year-old girl were to come in for a rhinoplasty, a surgeon may turn her away based on age alone because the nose typically continues to grow until the age of 15 or 16. For boys that might even be a year later.

“It’s important to remember that our bodies are growing and shifting during our teen years,” says Dr. Miller. “Something that looks off when we’re 14 may look perfectly normal when we’re 19. And remember, everyone is self-conscious – even the head cheerleader who seems impervious. The teen years can be hard, but except in extreme cases, cosmetic surgery probably isn’t the right answer.”

Plastic surgery can offer amazing results and help patients feel more secure and confident. But for minors, it may be best to wait until their bodies have finished growing and they’ve had a chance to live in their adult bodies before choosing to go under the knife.